Libraries and Archives Augmenting the World 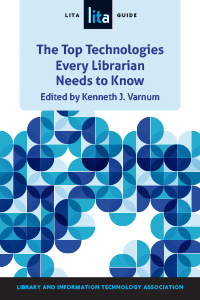 This is a supplement to my chapter Libraries and Archives Augmenting the World in The Top Technologies Every Librarian Needs to Know, edited by Kenneth J. Varnum and published by LITA in May 2014. My thanks to the ALA for letting me make the chapter available.

Mine is one of two chapters about AR in the book: the other is “Augmented Reality (AR): Practical Applications within Libraries,” by Brigitte Bell and Terry Cottrell. I’ll include some of the AR applications they mention, but our chapters have very little overlap so you’ll want to read both (and the rest of the book!).

There are a lot of links in my chapter, and having them all here will save the time of the reader. I’ll also include some extra links that are useful but I couldn’t fit in, and some videos that show some current augmented reality (AR) technology in action right now. This isn’t a complete list of everything going on in AR, by any means, but for librarians and archivists, at least, it’s an introduction.

On page 29 I say, "Now take out your smartphone and install and run Layar. 1 Tap the screen to make it scan this page. You’ll see buttons and images floating a little above it. You can hear me say hello, see a picture of Saturn, read what @ala_lita has been tweeting recently, and more."

This won't work on page 29, because it's too text-heavy and not graphically rich enough to be understood by Layar. Instead, use Layar to scan page 34 (which has a Layar Creator screenshot on it).

My apologies for this. Learn from my mistake!

First, though: if you haven’t read Rainbows End (2006) by Vernor Vinge then find a copy right now and read it as soon as you can.

Then, to see what people are talking about right this minute, start with a Twitter list of people and groups working on or interested in augmented reality. And keep your eye on Bruce Sterling (on Tumblr too).

What is augmented reality?

I like Ronald Azuma’s 1997 definition in A Survey of Augmented Reality: “AR allows the user to see the real world, with virtual objects superimposed upon or composited with the real world. Therefore, AR supplements reality, rather than completely replacing it” (which virtual reality does).

He set out three characteristics that a system must have to be augmented reality:

Apps to try on your smartphone. Search for them in your application store. Run them, look for some kind of “geo” mode if you’re not in one to start, then just look around you.

Also Historypin, which is barely AR but archives especially should know about. See their page for libraries, archives and museums.

Fiducial markers are objects pre-defined and ready for an AR application to recognize and use as a point of reference. More broadly, any object can be recognized. This Layar video shows augmented and interactive print:

Apps to try on your smartphone:

See also Tools for Development Augmented Reality, by Hugo Ortega of Only Augmented.

There is a lot of activity in this area. Google Glass isn’t AR but is probably what most people will think of first.

META.01 glasses from Meta (Steve Mann is chief scientist) will be out this year and look very exciting. Here’s an ad for Meta Pro, which is also coming out this year, but are much more expensive:

Watch out for castAR from Technical Illusions, which has projectors in glasses that display onto a retroreflective surface and turn it into a sort of holodeck. Here Jeri Ellsworth, one of the two inventors, introduces it:

Motion detection systems that could be used:

They could be integrated with projection systems such as Microsoft’s IllumiRoom or Bot & Dolly’s Box, which does projection mapping onto moving surfaces:

It’s possible to use simple markers to do AR on screen with the physical environment right now.

A few examples of augmented reality in use. Also look at ShelvAR, “the Augmented Reality tool for shelf-reading and inventory management in libraries.”

The Bavarian State Library (Bayerische Staatsbibliothek, or BSB) made an iOS app about Ludwig II of Bavaria, Ludwig II — Walking the Footsteps of the Fairytale King. As well, the 3D BSB Browser uses gesture control and eye tracking to give the user an interactive 3D digitized historical book—without requiring any glasses. Klaus Ceynowa’s March 2013 talk Augmented Reality, Location Based Services and More: Innovative User Scenarios for Library Content shows both in action:

Special Collections Using Augmented Reality to Enhance Learning and Teaching, or SCARLET, is a project of several UK universities that is interesting for what it has done and also how it has been organized. The website explains, “SCARLET addresses one of the principal obstacles to the use of Special Collections in teaching and learning—the fact that students must consult rare books, manuscripts and archives within the controlled conditions of library study rooms. The material is isolated from the secondary, supporting materials and the growing mass of related digital assets. This is an alien experience for students familiar with an information-rich, connected wireless world, and is a barrier to their use of Special Collections.”

It’s all brought to life in the short movie “Sight” by Eran May-raz and Daniel Lazo. “Sight” is wonderfully done—and very disturbing.

A few to begin. All the companies posts news on their web sites too, of course.

Conference sites may include videos of presentations, links to papers, etc.