← Ethics codes at the Library and Archives Stapler of Canada Purples →

My friend Ashley Williamson is directing Death Clowns in Guantanamo Bay at the Studio Theatre in downtown Toronto next week, Thursday 21 March to Sunday 24 March 2013. The artistic director is Matt Jones. Here’s the description:

Death Clowns in Guantanamo Bay is a piece of postrdramtic theatre that examines the circumstances surrounding the deaths of three men in custody in the Guantanamo Bay camp facilities in 2006. Influenced by Tadeusz Kantor’s memory plays, the play uses mannequin doubles, readymade objects and morbid clowning to stage fragmented scenes that explore the problem in a non-narrative, non-language-based way. But where Kantor built his plays from his own memories, this play can only use documentary evidence of what happened. As a result, the play becomes a collage of other people’s memories filtered through public discourses, not a reconstruction of memories but a commentary on the obstacles to political remembering.

Here's a photo from a rehearsal. That's the stage manager on the left, and the sound designer (I think) on the right. 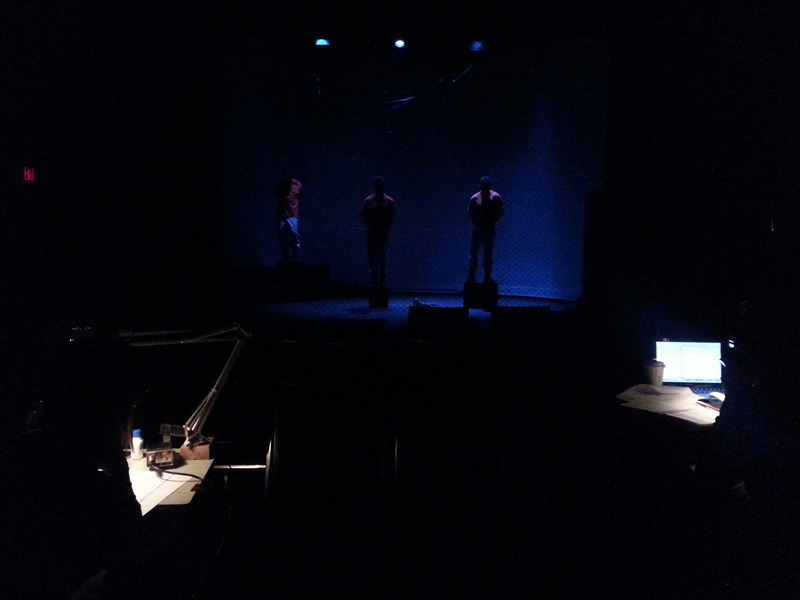 There's an augmented reality angle. Ashley and two master's engineering students have made an Android app (with Vuforia) that adds an interactive AR aspect to some props: if you look at the force-feeding machine through the app one thing will happen, if you look at the teeter-totter you'll get an experience of being waterboarded, if you look at a prisoner's cage something else will happen.

I'm not sure exactly how the AR app is going to work, but if you're curious about AR and provocative theatre, come see the show. I saw at bit of the wet cue-to-cue rehearsal and saw prisoners, a lizard, a dancer, and clowns, and I heard the Meow Mix song and Khachaturian's "Sabre Dance" and a bit of "Welcome to the Jungle." 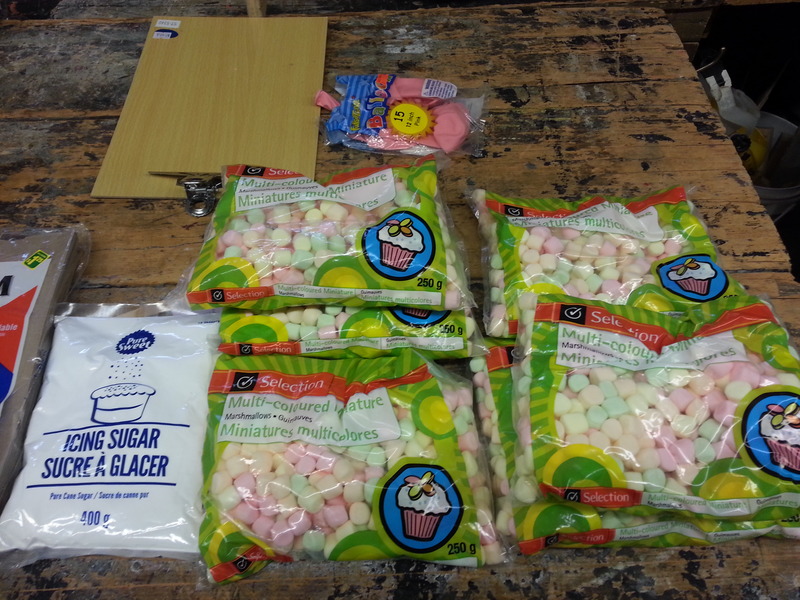 I think it's going to be an intense 50 minutes.

(Updated Monday 18 March 2013 with Matt Jones's name and a link to more details.)

← Ethics codes at the Library and Archives Stapler of Canada Purples →