Thursday night I was at a Soundstreams concert where Garry Kvistad and Russel Hartenberger, two of the four-man percussion ensemble Nexus, performed Clapping Music (1972) by Steve Reich. They walked out, stood in front of two microphones, and did it flawlessly. Fantastic. I'd heard the piece performed on radio/vinyl/CD, but never seen it done live, and never known exactly how it fitted into Reich's phase music approach. Here's some more about it. Knowing how it works makes it far more interesting. 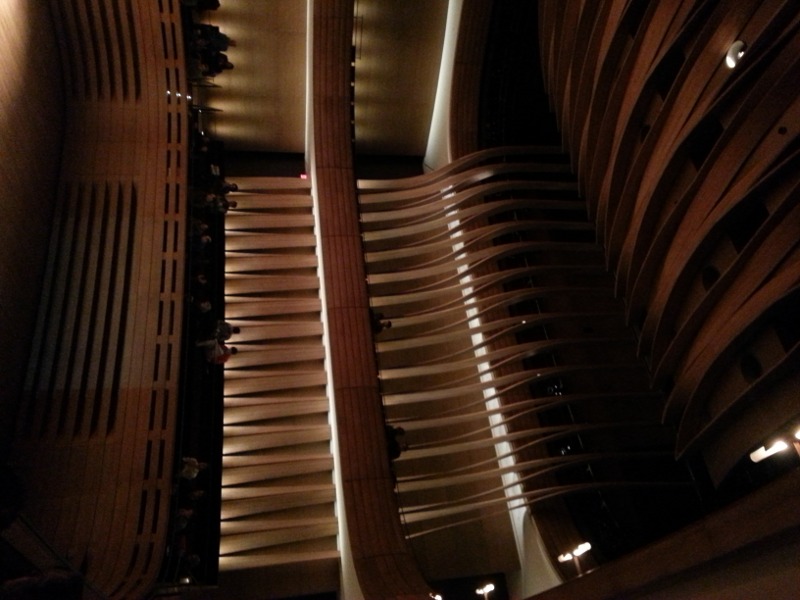 As the Wikipedia entry says, "One performer claps a basic rhythm, a variation of the fundamental African bell pattern in 12/8 time, for the entirety of the piece. The other claps the same pattern, but after every 8 or 12 bars s/he shifts by one eighth note to the left. The two performers continue this until the second performer has shifted 12 eighth notes and is hence playing the pattern in unison with the first performer again (as at the beginning), some 144 bars later."

What does it sound like? Here's Steve Reich performing it:

That's mind-boggling but too mysterious. You can see how much attention it would take to perform, but what are they doing?

Here's a great animated version that makes very clear how the patterns shift:

Aha! And here's another animated version:

Now it's all the more clear how hard it must be to perform the piece. And to do it by juggling it, well, that would be nuts.

Or, if you're Dame Evelyn Glennie, to perform it yourself, playing each of the two parts on each hand (this is a mix of several performances, one where she's keeping time with her left foot):

Incredible, all of it.

See also my post about Philip Glass's Knee Play 3, which is similarly algorithmic.