Novelist Angela Thirkell isn’t well known now. She’s one of a number of mostly forgotten female British writers of the middle of the last century, like Elizabeth Goudge, D.E. Stevenson and Winifred Watson. (For more about women like this check Persephone Books, which is doing a wonderful job of bringing these generations of books back into print.)

I discovered Thirkell a few years ago and read and enjoyed two or three of her books. A friend of mine went on a Thirkell binge over one summer and by the end of it was sick of her, but I had vague fond memories of 1930s or 1940s small-town England, with warm families and eccentric villagers and worries about the church fête. Inconsequential, but fun.

Hoping for something like this, I just read The Headmistress, published in 1944. I disliked it so much I decided I will never read Thirkell again. 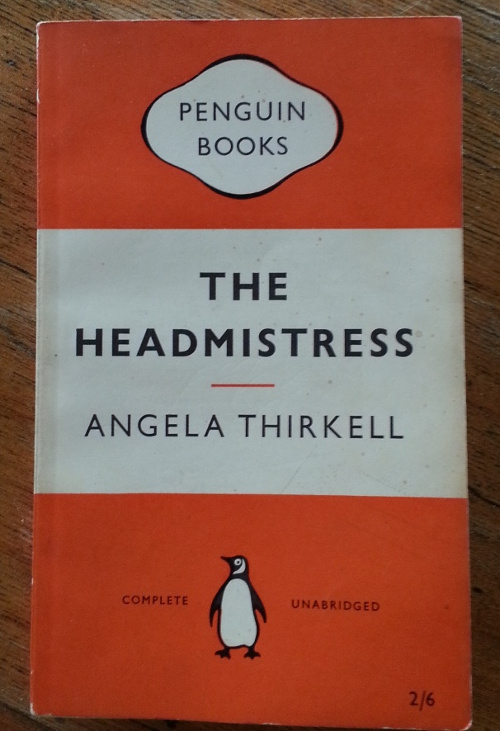 Thirkell sets her novels in Barsetshire, the fictional county used by Anthony Trollope in the six Barsetshire Chronicles. Over the last three or four years (since last reading anything by Thirkell) I’ve read those and the Palliser novels (which as a series I prefer) and a number of other Trollope novels, and Trollope has become one of my favourite writers. He’s magnificent: the authorial voice, the insights into human nature, the richness and variety of the characters, the strong women, the analysis of money and class.

Because Thirkell uses Barsetshire as her setting, 60 or 80 years later, and uses some of the same families, it’s natural to compare them. Thirkell comes out as a mean-spirited smug snob. Where Trollope deeply understood people and their motivations—even people who, knowing it wasn’t the best thing to do, took some course of action that would hurt them or their loved ones—Thirkell has shallowness and caricature.

The Headmistress is about the once well-off Belton family, who, lacking money, move out of their country mansion and into a house in the village. The old place is taken over by a girl’s school, run by a smart, sensible woman (the titular character) who is one of the best people in the novel. She’s got smarts and wits and there’s something real about how a woman like her wasn’t able to become an academic and had to make her way teaching. The Beltons are pretty much an insufferable bunch, with a snobby mother (who is at one point repulsed by the hairy hands of a businessman who assumes a level of equality with her) and a whining daughter and two sons (one all right, the other an idiot). Mr and Mrs Belton feel out of place in the village, having come down in the world, but their friends are very kind to them in these trying circumstances.

There’s a female doctor who’s ridiculed. The hairy-handed businessman (who J.B. Priestley would have handled wittily as a rough diamond) is demeaned. He has a homely, rotund, boil-ridden daughter—who gets top marks in math and physics and is going to go into business with her father, but that’s belittled.

The entire book was so appalling, and such an insult to Trollope’s legacy, that I finished it just to see how it would turn out, and then I threw it in the fireplace because I couldn’t think of any better place to put it. It’s very bad Trollope fanfic.

Avoid Angela Thirkell. Read Trollope. And if you want to read an unjustly ignored female writer of that generation, go to Georgette Heyer and her historical novels. Magnificent fun.